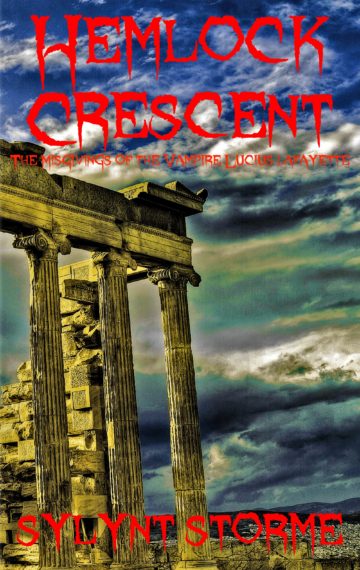 Short Story
Buy From AmazonBuy From AppleBuy For Nook

Hemlock Crescent is #3 in the Lucius Lafayette Vampire Series. It is a short story.The vampire Lucius Lafayette has decided to visit Greece. Ancient Greece, where Socrates is a well-established philosopher and general. But the vampire is not there so much for Socrates as he is for the werewolves.

Athens is in a decades-long war with Sparta, a war that looks like they’ll be losing. Lucius and Socrates sail out to fight against the Spartans, but they’re ambushed by Spartan fisherman and taken as prisoners.

Socrates is released, a tired man, tired of an old war. His last days spent pontificating against the Athenian hegemony. Sentenced to death by werewolves. They’re hell bent on eliminating the human race and creating anarchy.

Lucius is hell bent on eradicating the vermin that the werewolves have become.