You are here: Home / Library / Four Ways To Midnight 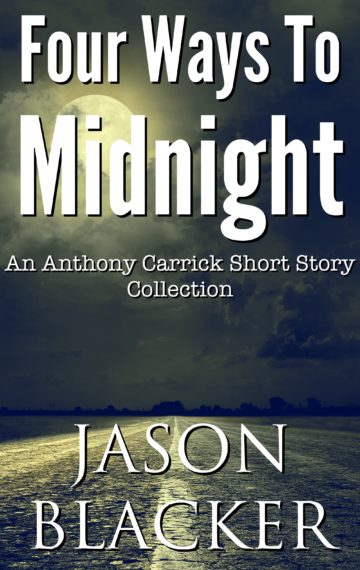 Money ain’t nothing if you’ve got a lot of it. But then again, a lot of money won’t necessarily buy happiness either. In this Anthony Carrick mystery, hard boiled detective Anthony Carrick is asked to solve the murder of a rich dame’s son. Police think it’s an accidental death, but could it be something more sinister?

There’s a small park in the tony Holmby Hills, not far from Beverly Hills, called De Neve Square Park, where a man (Ray Hope) lies dead. Capt. John Robers of the LAPD Homicide Unit is investigating and he calls in his old friend, Anthony Carrick to help.

Anthony Carrick is asked to help his friend, John Roberts, Captain of LAPD’s Homicide Unit in solving a mysterious murder. A well dressed middle aged man is found with a gunshot in the middle of his forehead in a less than classy hotel.

A leisurely morning at the Santa Monica Pier turns out to be not all Anthony Carrick had hoped for. Police arrive and start putting up tape and crowds gather like vultures. A young man has been murdered, washed up under the pier like a beached whale.